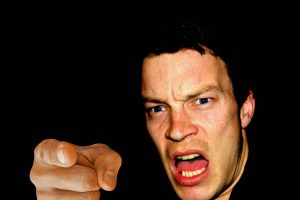 Just ask the employees. They often know more than their leaders know about leadership in their workplace.

I was working with a mid-priced car manufacturer to institute a company-wide customer experience (CX) initiative. The plan was to make quarterly visits to several dealers for one year. I would do individual interviews with managers, employee CX education, a couple of employee focus groups (without managers), and a brainstorming meeting with the leadership team before taking them through an action planning session.

We had an inauspicious start. My first meeting was with the general manager. The GM spent his time trashing his leadership team. He had a particular problem with the service manager, whose major flaw, it seemed, was his being “tired” and “distracted” after the recent birth of his baby daughter. The GM then launched into a long tirade about the awful job the entire dealer team was doing. No matter what I did, I couldn’t get him to say a nice thing about anything.

In the first employee focus group, I couldn’t get the people to talk until I assured and reassured them that I would protect thei privacy. The GM would not know who said what. When they did talk, they described an unethical, over-critical,  and just plain mean, monster GM.

I wasn’t surprised. We took an employee engagement survey in each dealer before the visits. For this dealer, the survey said 71% of the employees were either “disengaged” or “actively disengaged.”

I would need to come back three months later. I was filled with dread at the thought.

About 6 weeks after the original session, I received a call from the regional VP, who told me that the GM had been fired. It seems he got into a shoving match with a customer couple.

A few weeks after that, I heard from the new GM, who told me he wanted me to do anything I needed to do to make the dealership top-notch. When I arrived at the dealership a few weeks later, I met him – the most positive, energetic, employee-oriented manager I had ever seen. Several employees greeted me with “thank you” and hugs, even though I assured them I had nothing to do with the GM’s firing. I sat down with the new GM and his new leadership team (including the “tired” service manager who was now energized as never before) and helped them make a plan to turn the store around.

When I came back for my third quarterly visit, I brought the results of the follow-up employee engagement survey, taken just a couple of weeks before. Amazingly, 91% of the employees were either “engaged” or “actively engaged.” Oh, and sales were going through the roof.

Yes, leadership matters. What happened was more than an amazing turnaround. But my question was “what took them so long?”

I guess the old leader must have been hitting his numbers regularly, and he surely wasn’t shoving customers every day. But it was obvious after I had one conversation with him and then with both employee focus groups that something wasn’t right. They didn’t dislike this guy; they despised him.

There were local and regional reps who visited the store regularly and there was an auto group that owned the dealership. But nobody had ever asked the employees what was really going on. And when the first employee engagement survey came out, the picture was there for all to see.

How often does your management team have these conversations with your people, both customer-facing and non-customer-facing? Would they tell the truth or be frightened to do so? Have they reached a point where they no longer care? Have you brought in a third party to survey them and see how engaged they are or aren’t?

This is not just an auto industry problem. I’ve seen it in locations in different business sectors around the world. Just like the employees who were scared to death that the GM would know who said what in the focus group, the people in your company, region, or team have a lot to say if you help them feel safe to say it.

I hope you never have anybody like this manager for even one day. But if you do, I hope you have a work environment that encourages leaders and employees to talk with each other and address issues before they become toxic, dangerous, and destructive to your company’s chances of success. 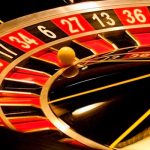 Is “Service Roulette” Driving Customers Away

Can You Afford to Lose Customers